Chad Norman, a Canadian poet from Truro, Nova Scotia, has been publishing poetry since the mid-1980s. In his latest book, Squall: Poems in the Voice of Mary Shelley, he presents a series of poems narrated by the 19th century author perhaps best known for her Gothic novel Frankenstein, or The Modern Prometheus.

The individual poems present a series of reminiscences and vignettes from the life of Shelley. Many (although not all) of the poems are dated 1822. This year has enormous significance because it is the point at which Mary’s husband, Percy Bysshe Shelley, drowned when his boat sank during a storm in the Gulf of La Spezia, off Viareggio, Italy. In all cases, the seashore off Viareggio is also the physical setting in which Mary has her reflections.

The voice in which these poems are delivered is indeed compelling. It is the voice of a widow deep in the throes of grief. At times, as in “The Unknown One” (pp. 11-12), the tone is calm and detached. At other times [see the beginning lines of “The Reflection Where Time Floats” (p. 7)] she screams and storms. But her husband Percy is never far from the surface of her thoughts, as she reconsiders early memories of meeting (p. 81), elopement (p. 39), doomed children (pp. 29, 58), or shunning by society (pp. 17-19). She often returns also to his tragic death, and seems to seek everywhere traces of his continuing presence. The illustrations of judith S bauer, with their dreamlike and sometimes nightmarish aura reminiscent of Picasso and other surrealist artists, effectively underscore this sense of grief, shock and detachment.

Mary Shelley is in or near the water and is accompanied always by a “small sealed box”: an early poem suggests that the box in Mary’s hands holds “the heart of Shelley” (p. 5) which was snatched from his funeral pyre before it could burn and eventually given to Mary as a sort of keepsake. So perhaps the heart escapes burning a second time when Mary builds a fire on the beach but places the box itself among the dry kindling (p. 15). However, in other passages, the poet’s heartbeat seems to come from elsewhere. Holding “one cheek to the land” Mary says:

Rhythms of this planet / entertain one ear; / from the imagination’s reach / his heartbeat begins / to roll about in the other / broken by the sea’s tease / a damp tapping gust / eager to play the Past” (p. 3).

So we are left a little unsure of the heart’s location and the contents of the sealed box remain slightly mysterious; it becomes a kind of Pandora’s box.

It is this allusive and elusive quality of the text which makes the book difficult to read. The meaning seems to float almost within reach and drift tauntingly away again. For example, the first section of “The Physical Ones,” dedicated to “Dr. Poignand, my mother’s last doctor” (p. 15), alludes to the fact that this doctor’s unsanitary practices were responsible for the eventual death of Mary’s mother. The word “last” in the section title is rather ominous, and yet, the text narrates only a showdown between the arrogant physician and the socially inferior midwife who must eventually give way. This is all fine and good as a sort of clichéd set piece; in nineteenth-century literature the midwife does not always get the respect she deserves. But in fact, the reader needs more background information to grasp the full meaning and irony of the text. Likewise, in the section “In memory of Dr. Polidori & our ghostly summer in Genoa” (pp. 31-33), what we see on the surface is a poorly hidden expression of the doctor’s interest in Mary. But unless the reader has more knowledge of literary history, the names of Polidori and Byron, the setting (Genoa), and the use of the adjective “galvanic” are the most direct clues we get to the fact that we are reading about the occasion where Mary Shelley receives the first spark which will give rise to her most famous work, Frankenstein.

The strongest component of these “poems in the voice of Mary Shelley” is the voice itself, as it contemplates her grief and the memories of the past. But this is a book for specialists who have the necessary background knowledge to understand the enticing but elusive clues embedded everywhere in the text.

RICHARD VAN HOLST is a research assistant and copy editor at Redeemer University College in Ancaster, Ontario. He reads voraciously and enjoys films and classical music. The author of three published short stories, he won the Short Works Prize in Fiction (2014) and the Hamilton Emerging Artist Award for Writing (2017). He has also acted as judge for the Short Works Prize and the Silver Quill Award (both 2015).

[Photograph courtesy of the City of Hamilton Arts Awards.] 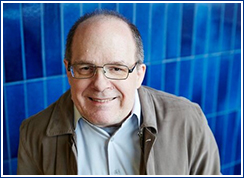