As a critic, I appreciate improvisational structure and I try to invent small variations on the traditional essay format – mainly at the conceptual level. In answer to the question, “Who wants to read a book review, anyway?” I say, “Lots of people – if the review is disguised as beef slaughter magazine.”

Maybe you had to be there for that one?

A reviews editor can possess the same philosophy – hijinks with the usual. Rather than assign a book and print a piece, she might assign a book three times and hope for the best, knowing that outcomes are dependent upon good intentions and smart people. Editors are readers first, curious about different perspectives and what one reviewer emphasizes over another.

In the difference is the sameness, and vice versa. With this review feature, three women think through Katja Lee and Lorraine York’s Celebrity Cultures in Canada, a collection of academic essays that fills a gap in scholarship. Thus far, celebrity studies has been dominated by Americans, Australians, and Brits – and their respective nations have textbooks from which to instruct in the field. To learn more about the intersections of race, celebrity, and power, Canadians had to backpack. With York and Lee’s co-edited volume, there is a now a beachhead for understanding celebrity in the Canadian context.

What’s the difference? The difference is an old one, based in national identity and tricky to describe. Our celebrities are “ours” somehow – perhaps based in a triple reluctance. York has written in another context about the reluctance of celebrity, the ambivalent state of wanting to and not wanting to disclose the self, but in Canada there is a reluctance to grant, declare, and sanction celebrity in the first place. Also in Canada there is a reluctance to acknowledge Canadian celebrity on the part of the public. Uppity! Uppity! Uppity!

Thus the difference of this text is hard to quantify but easy to see – like obscenity, or Don Cherry’s wardrobe. The essays in this book would never have appeared between the covers in a different nation because the celebrities written about are either based or born here. Another difference might be the acuity of the included scholars on the Canadian subjects, but I’ll leave that for an interested reader to decide.

The three reviewers all agree that the book is good – there’s that sameness. But they seem to like more than just the fact of the book, the presence of a scholarly text on the subject that’s demonstrably “Canadian.” One appreciates the Terry Fox rethink; another likes the contextualizing forces at work in the book which expose certain kinds of prejudice (whiteness, ableism); another cheers the affective dimension of the book while providing a framing personal anecdote about an encounter with Canadian celebrity. If there is a “star” of the pieces, the critical paparazzi seems to have been stalking the Tragically Hip. For some strange Canadian reason, that makes me happy.

Adding up the three reviews, I think we get more than a sum of parts. I feel that a juggler must have three pieces up in the air to earn his name. I trust you will all run to the bookstore now because of the mesmerizing feat currently before your eyes and purchase Celebrity Cultures in Canada, if anything because this book is one of the few places you can learn anything about what you already care about.

Shane Neilson is a poet, critic, and memoirist who lives in Oakville, Ontario. He was born in New Brunswick and much of his writing reflects this origin. At present he works as a family physician and is a Vanier Scholar completing his PhD in English and Cultural Studies at McMaster University. Shane is editor of Frog Hollow Press based out of Victoria, BC and is self-appointed “Manifestoist Editor” at Anstruther Press of Toronto, ON. The author of several books, most recently he published Dysphoria (PQL), a book of poems about how mental illness is regulated. In 2016 he edited Heart on Fist, a selected prose volume (Palimpsest Press), and Witch of the Inner Wood, a collected long poems (Goose Lane Editions) by Travis Lane. In 2017 Shane won the sixth annual Walrus Poetry Prize, juried by Margaret Atwood, Jordan Abel, and Carmine Starnino. The prize was founded and generously supported by the Hal Jackman Foundation.

Shane Neilson and Monica Kidd were Guest Editors for ASYLUM HA&L issue ten.1. Find the print edition at Bryan Prince Bookseller or at Tucker Plus: Rubber Stamps and Fountain Pens in Hamilton, ON. 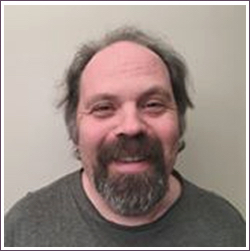